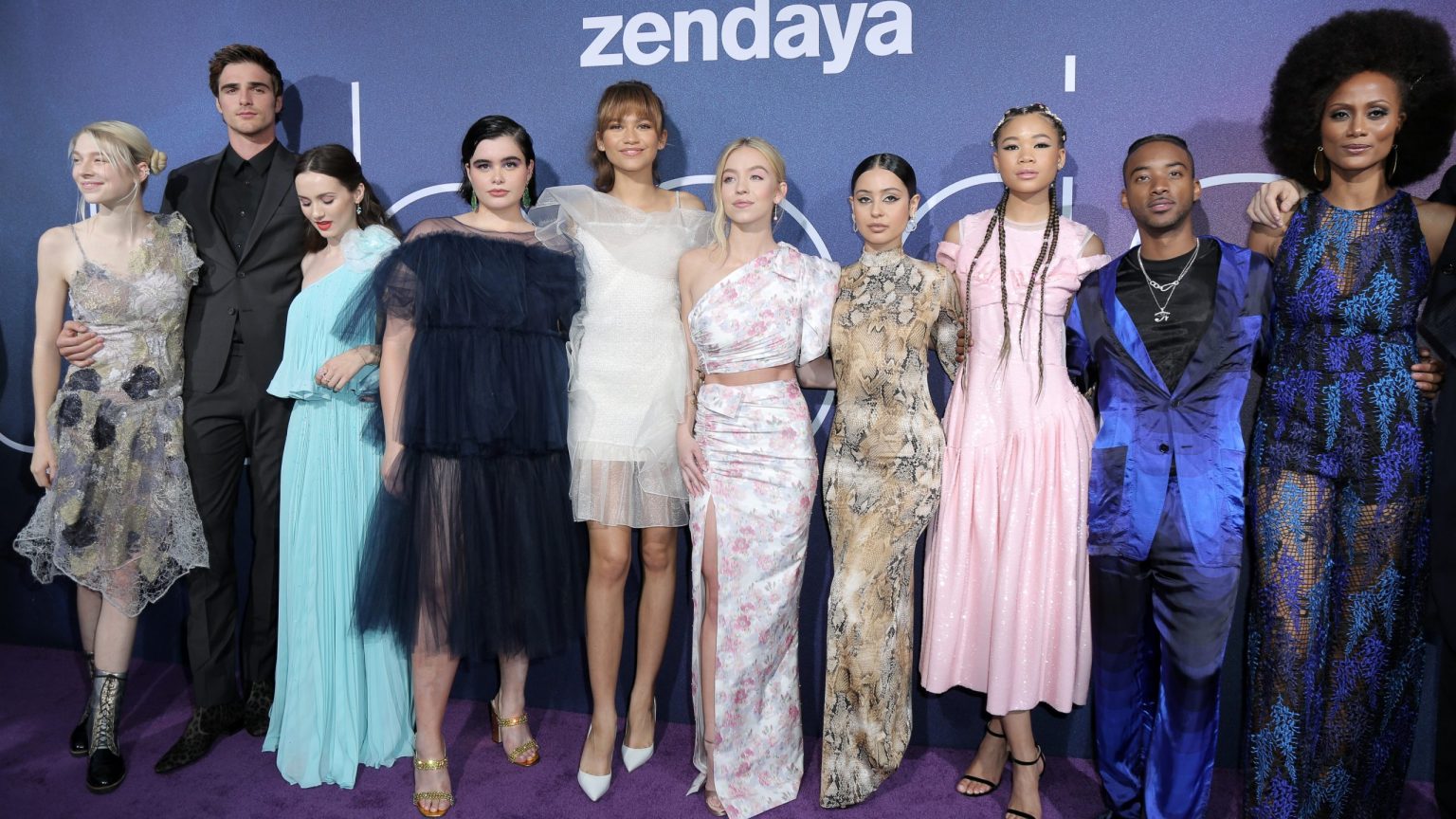 On Wednesday, January 5th the award-winning cast of Euphoria arrived at the red carpet in honor of the release of season 2. The original red carpet event was canceled due to the surge of Covid cases, but the cast thankfully got to celebrate at a more intimate event where they showed off some amazing looks. Cast members arrived one by one sporting names like Valentino, Prada, Miu Miu, Balenciaga, Saint Laurent, and more. Their fits did not disappoint and even sparked conversation about what’s to come for season 2. Keep reading for an overview of the most stunning looks from this evening.

Hunter Schafer who plays Jules in the show, arrived draped in Prada from head to toe. She wore a custom-made, burgundy-colored gown with the smallest amount of a cream poplin dress peeking out of the neckline. She wore her hair short, about an inch below her ears, and debuted her new freshly cut bangs. She completed the look with cream colored satin heels which perfectly finished off this refined, elegant red carpet look.

Next up we have Sydney Sweeney, who plays Cassie Howard. She arrived in a dazzling white two-piece Mui Mui silk gown covered with crystal embroidery. She added matching silk opera gloves and wore silver hoops with the same crystal embroidery seen on the gown. Her beautiful blonde hair was blown out and loosely curled adding to the level of glam.

Angus Cloud, or Fez on the show, showed up in a head-turning, neon orange Versace suit from the spring/summer 2022 collection. Underneath he wore a white turtleneck and matching white boots, enhancing the orange ensemble. It is rumored that this outfit selection was foreshadowing what’s to come in season 2 with its resemblance to a prison jumpsuit.

Last but certainly not least we have the queen herself, Zendaya, who plays Rue. She arrived in a vintage Valentino dress previously worn by supermodel Linda Evangelista from the Spring 1992 collection. The strapless, black and white striped gown adds to the conspiracy of a prison theme, leaving fans wondering if that’s what the future holds for Rue. Zendaya completed the look with diamond drop earrings from Bvlgari and heels by Christian Louboutin. She led the pack with this look and as always, left a memorable mark at this red carpet event.

Overall, the cast did an amazing job at complementing one another with their outfit choices. The level of glam was consistent, and flawlessly executed on each of them. Season 2 of Euphoria premiered on Sunday, January 9th on HBO. Tune in to see this incredibly talented (and stylish) cast work their magic.